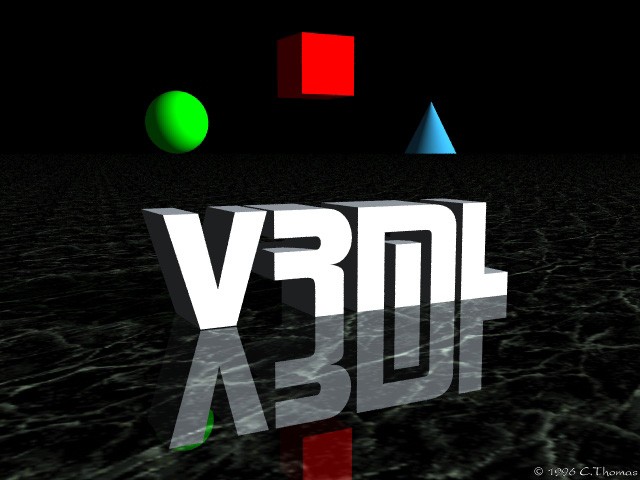 The winter of 1993/94 saw Tony Parisi (recently moved to San Francisco) and I working away feverishly on the very first version of a 3D Web browser. ‘Labyrinth’, over the course of 1994, would evolve into VRML.

By the start of February, I’d knit together the three key technologies needed for a 3D Web browser:

This meant we could a) read in a file via a URL b) translate that file into a series of drawing instructions and c) render those instructions to the display of my SparcStation 3.

It also meant we could click on an object that we’d rendered, and open a corresponding URL anchored to the object.

We didn’t have any 3D models handy (then as now I really don’t have strong 3D modeling skills), so I found a model of a banana in 3DS format – which RealityLab could import – and that became the basis of the first VRML world, the ‘Cyberbanana’, recreated below: